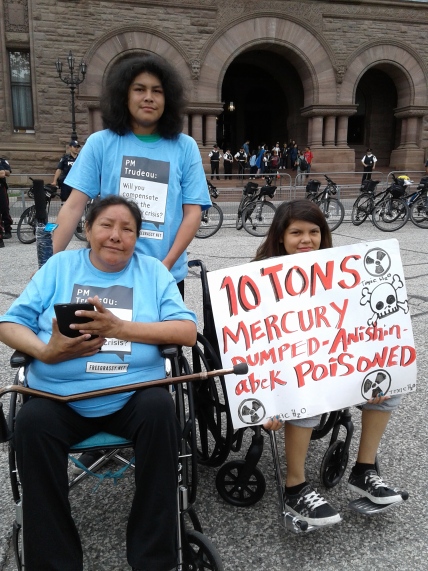 “Justice for Grassy Narrows” and “Water is Life” were emblazoned on posters, t-shirts and banners at the annual Grassy Narrows event on June 20th.  Chief Rudy Turtle of Grassy, Regional Chief Roseanne Archibald and Paul Beauregard NDP member of Parliament all spoke at the foot of the Parliament Buildings. 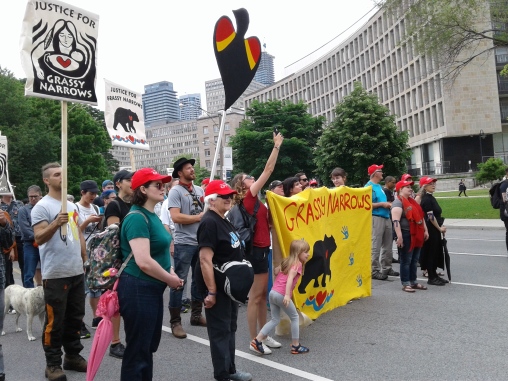 With an election due in the fall they are now requesting that the funding promised for the building of a Mercury Care Home be put into a Trust Fund.   The CEO of Lake of the District Hospital has committed to covering some of the medical care to be provided in the home which earlier had been a condition requested by the Federal Government. 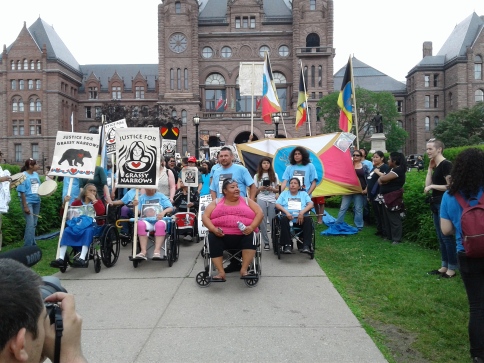 At the conclusion of the walk; a falcon perched regally on the roof of a nearby building granting further significance to the event.